Satan's Satyrs – The Lucky Ones 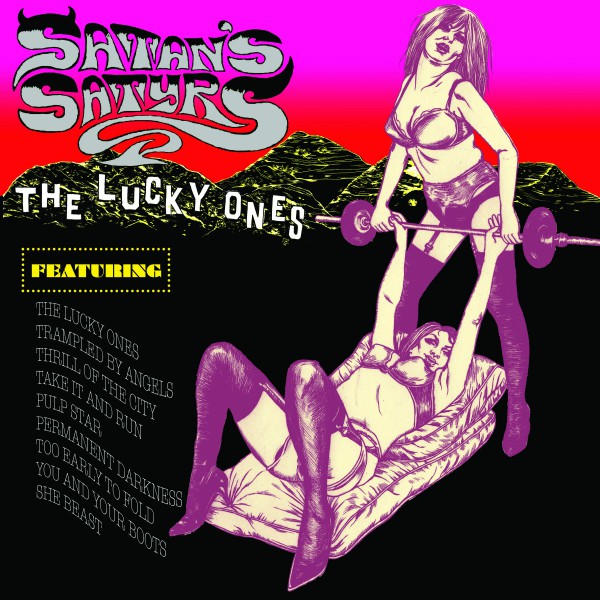 Upon recovering from being steamrolled over by the onslaught of Satan’s Satyrs’ new album, The Lucky Ones you’ll likely wonder just what exactly it was that hit you. A punky, sleaze rock groove (perhaps even a whiff of 70s glam) meets NWOBHM melodic fury, Blue Cheer mass and volume, and Ozzy’s dramatic charisma condensed into a sound all its own, perhaps. At its core is an unstoppable, unpretentious exorcism of rock’n’roll exuberance.

“It doesn’t sound like anything else happening right now,” says bassist/vocalist Clayton Burgess, who, for the last few years, has been splitting his time in British doom heroes Electric Wizard. “The band has its own unique idiosyncratic sound.”

A significant difference on this album is the addition of second guitarist Nate Towle, which expands the band’s steamrolling capacity tenfold. Burgess, Towle, guitarist Jarrett Nettnin and drummer Stephen Fairfield convened at the Richmond, VA studio of Windhand guitarist Garrett Morris, working in fits and starts over several months, first quickly capturing the raw energy of a band firing on all cylinders, then fine tuning the sounds and experimenting to get everything as massive as you hear it now. Likewise, Burgess’ lyrics show new levels of achievement.

“I pushed myself to get more of my own life in the songs, but open enough that anyone can interpret them in their own way,” he says. “I just wanted to capture weirdness. It reflects my unusual tastes, but also takes a personal perspective.”

The twin guitar assault begins from the very first beat of The Lucky Ones and never relents until the last second of the 9-track, 35-minute album. Opener “Thrill of the City” wastes no time launching into soaring harmonized riffs and swaggering rhythms setting the scene for a debauched good time. The title track, perhaps the most personal song on the album, is also the most unabashedly melodic. “Too Early To Fold” captures the frustrations and challenges of life as a touring musician, expressed through a belligerent 2-guitar attack and pounding snare on all 4 downbeats driving it all home. “Trampled By Angels” pits a swinging T Rex vibe against dizzy, noisy guitars and lyrics about a pioneer of fetish photography using his medium to express forbidden desires to the world. Likewise, The Lucky Ones itself is a vibrant, brash and loud expression of defiance against convention that refuses to be ignored. 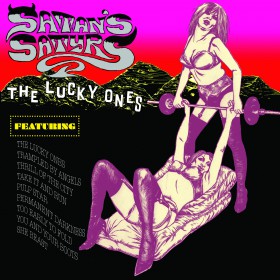