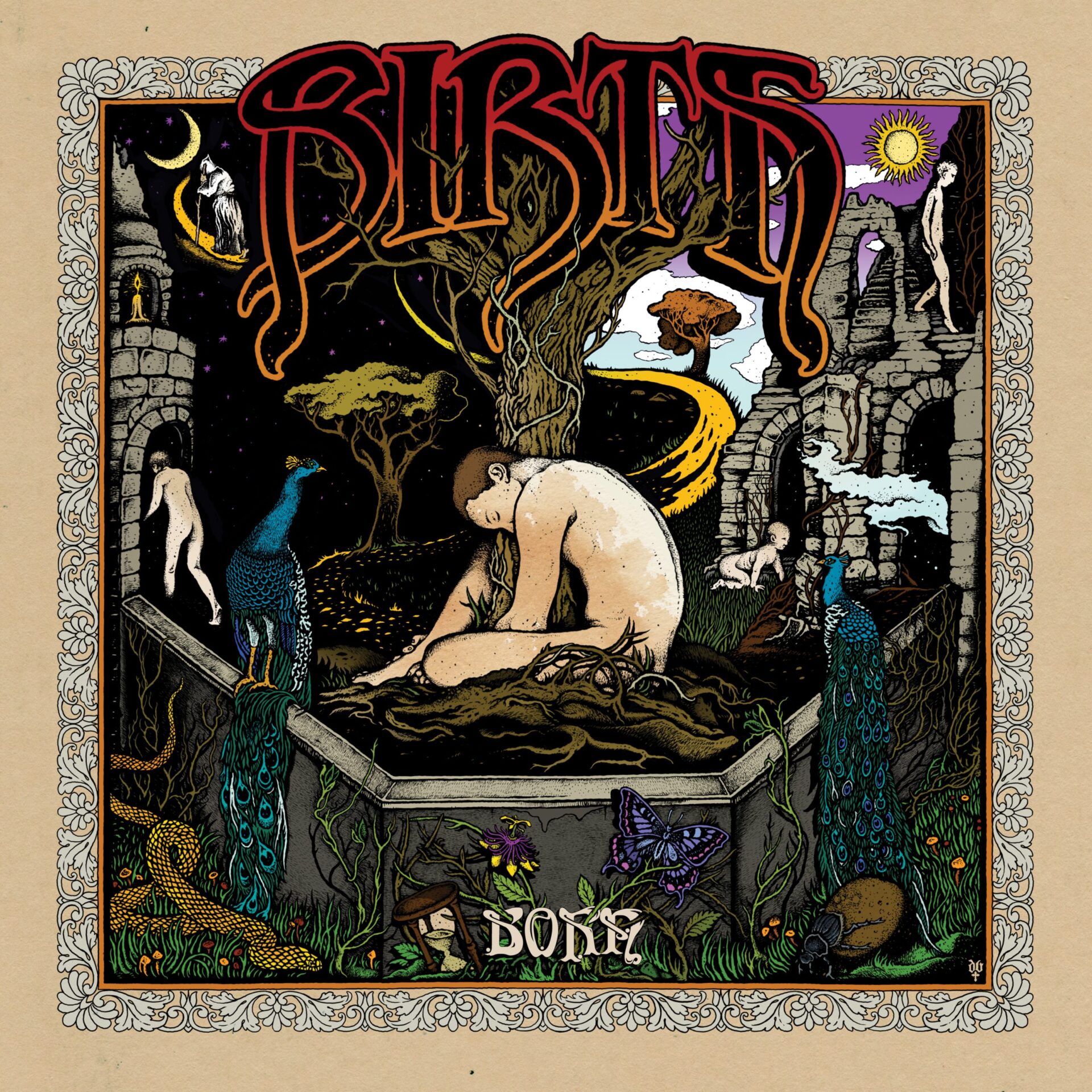 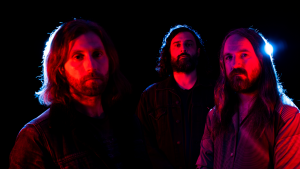 Featuring members of San Diego’s revered retro rockers Astra, along with current or former members of Joy, Radio Moscow, and Sacri Monti, Birth owns a cavernous cache of credibility rarely found in developing musical groups. Described as “a magic-eye journey into kaleidoscopic sound“, and “a dystopian take on the here and now” the group deliver a blast of vibrant progressive rock rich in cinematic scope and psychedelic intensity

Featuring guitarist/keyboardist/vocalist Conor Riley and lead guitarist Brian Ellis, musicians who burst onto the prog-psych scene in the late aughts with Astra, a formidable, foundational group hailed as “prog goliaths” (AllMusic) who would shape the sound of things to come alongside co-conspirators such as Earthless, Diagonal and Dungen, and whose albums ‘The Weirding’ (“a sublime debut that evokes various ’70s colossi – panoramic Pink Floyd, mellotron-era King Crimson, Black Sabbath in philosophical mode – without ever stooping to pastiche….” – Mojo) and ‘The Black Chord’ (“at a time when there’s so much creativity within the prog community, Astra have taken a giant leap forward…The Black Chord is dauntingly brilliant.” – PROG) stand proud as two of the greatest progressive achievements of this century thus far, there is a palatable excitement surrounding Birth and the group has been pegged as one to watch in underground circles.

“Life and death appeared to me ideal bounds, which I should first break through, and pour a torrent of light into our dark world”

So wrote Mary Shelley in Frankenstein, arguably the first science fiction tale. A full 204 years later, the quest remains – how best to elucidate our daily lives with some form of inspiration that moves the spirit beyond its earthly shackles?

On ‘Born‘, Birth musically and creatively constructs a science-fiction-inspired sound-world in which bleak tumult and skybound rapture co-exist. The result is an intoxicating album haunted by earthly concerns while its sonics aim simultaneously for the stars. “I’m a scientist by trade and I read a lot of dystopian sci-fi, which I believe is relevant to many of the events that have been occurring lately,” notes Riley. “These views feed a dark, spiritual and mystical relationship that I have with scientific thought”.

Far from the trappings of retro chic and fashion-aligned classicism, the five celestial serenades which make up ‘Born‘ stake their claim in a different headspace to most other exponents of the form. Certainly, it’s true that many of the audial shapes manifesting themselves here – the exploratory jazz-rock diversions, Mellotron and Hammond-abetted textures and the rich melancholia of the song-writing – may recall moments from progressive rock’s past and the listener may be forgiven for losing themselves in a gatefold-sleeved reverie. Nonetheless, this is a band which was thrown into life via the constrictions and temporal shifts of a global pandemic, as well as one which has largely set about chronicling a reality in which the surrounding world appears to be hurrying its own demise. 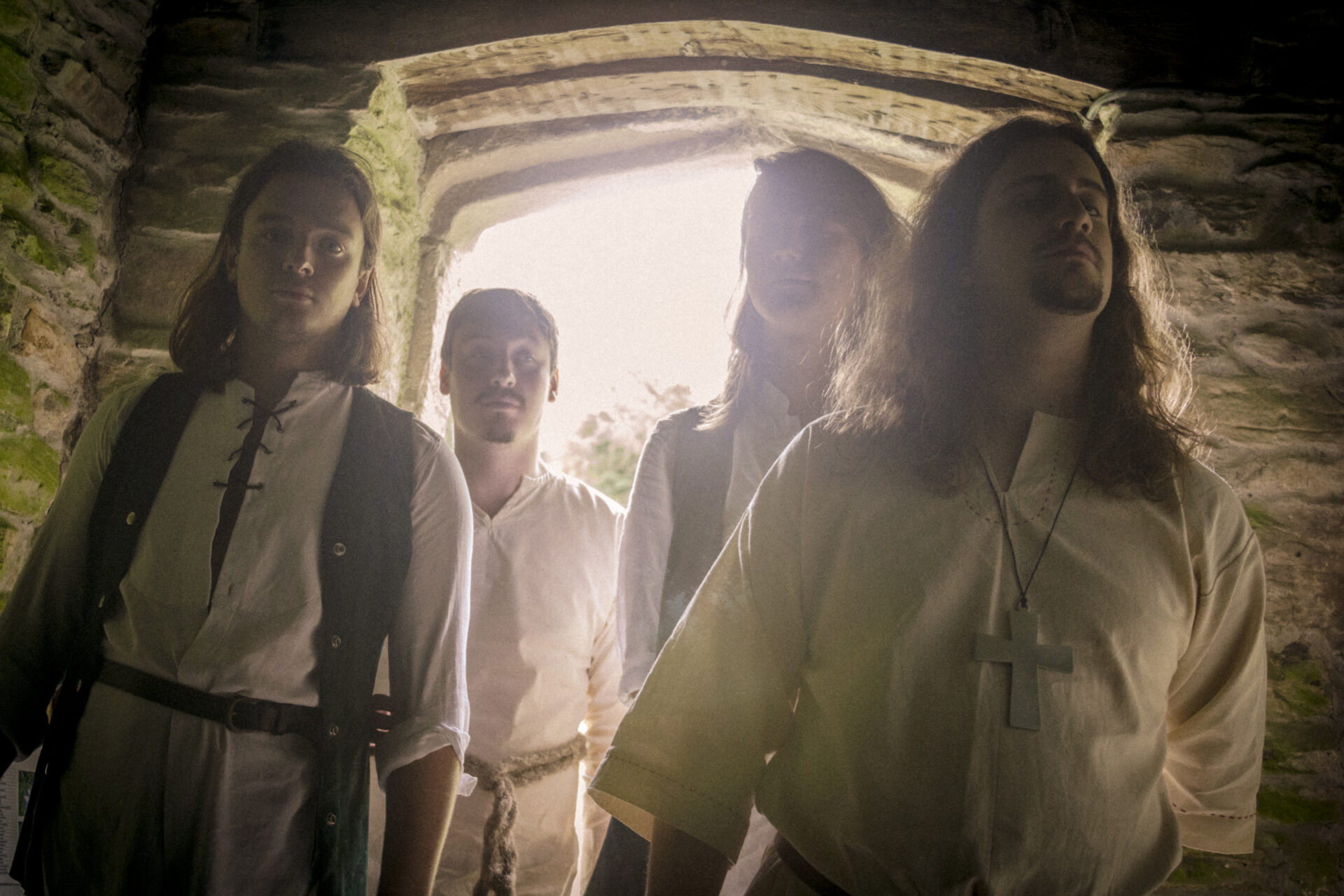 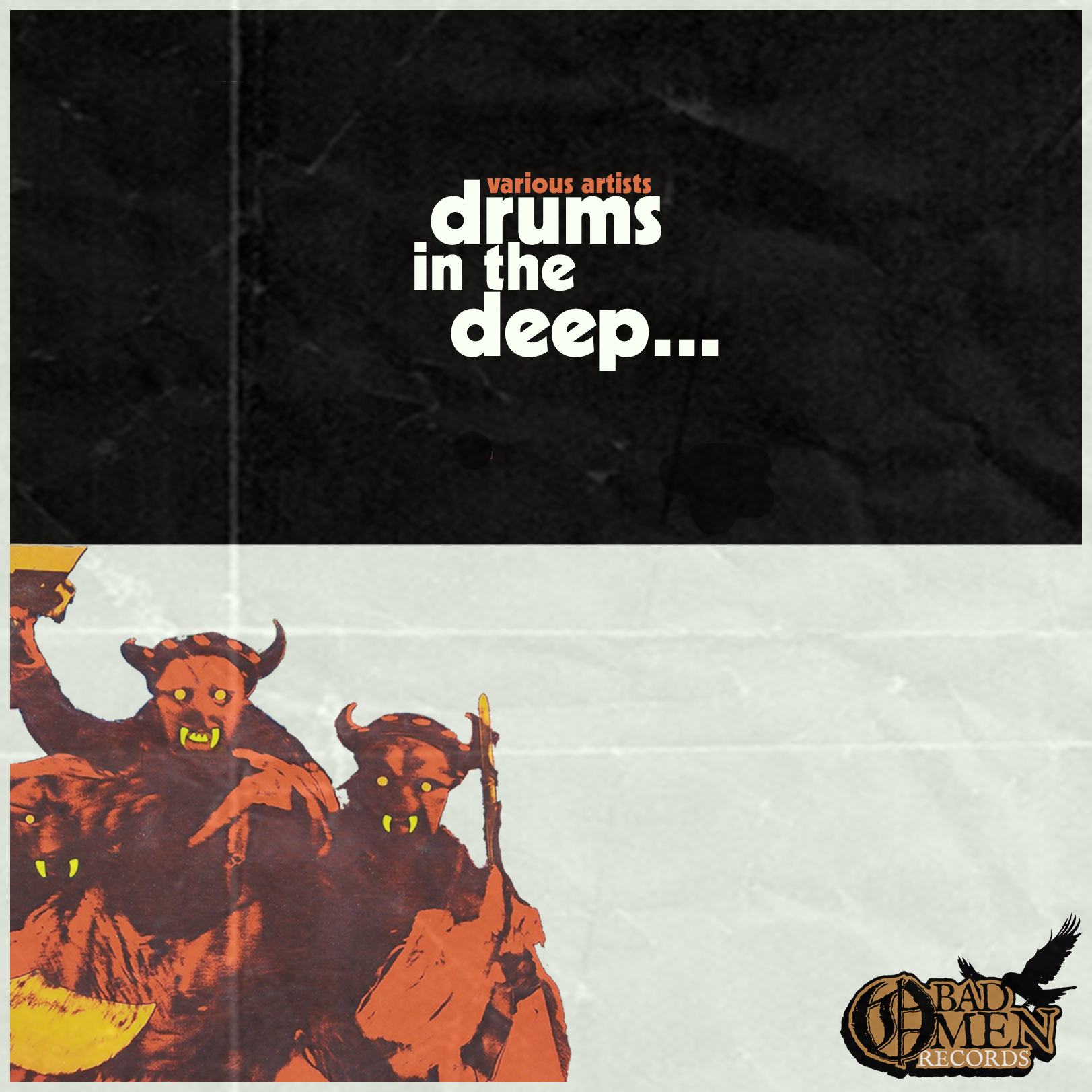 On the 9th February 2013, four years ago last Thursday, we (Angel Witch) were in Bochum, Germany, on tour with Grand Magus.

In the dressing room Joseph and Tobias from the opening band Enforcer, played me the demo they had recorded with their other band CC Company and asked me if I’d be interested in putting it out for them.

And that was that! Bad Omen Records was formed….

Since then we have gone on to release records from Satan’s Satyrs, Wretch, Wytch Hazel, Spell and more… We even did a vinyl pressing of Witchfynde’s 1970’s demos – plus that CC Company demo came out as a 7” in the end.

The other day, reflecting on how four years can go past in the blink of an eye, I put together a few of my favourite tracks from the Bad Omen catalogue into a playlist.

Then I thought that I may as well give them away to anyone who wants to hear them.

I added a couple of unreleased smashers (Wretch pummelling their way through Motorhead’s “Sweet Revenge” and Wytch Hazel’s re-recorded version of their old favourite “Surrender”) and there you have it: DOWNLOAD HERE 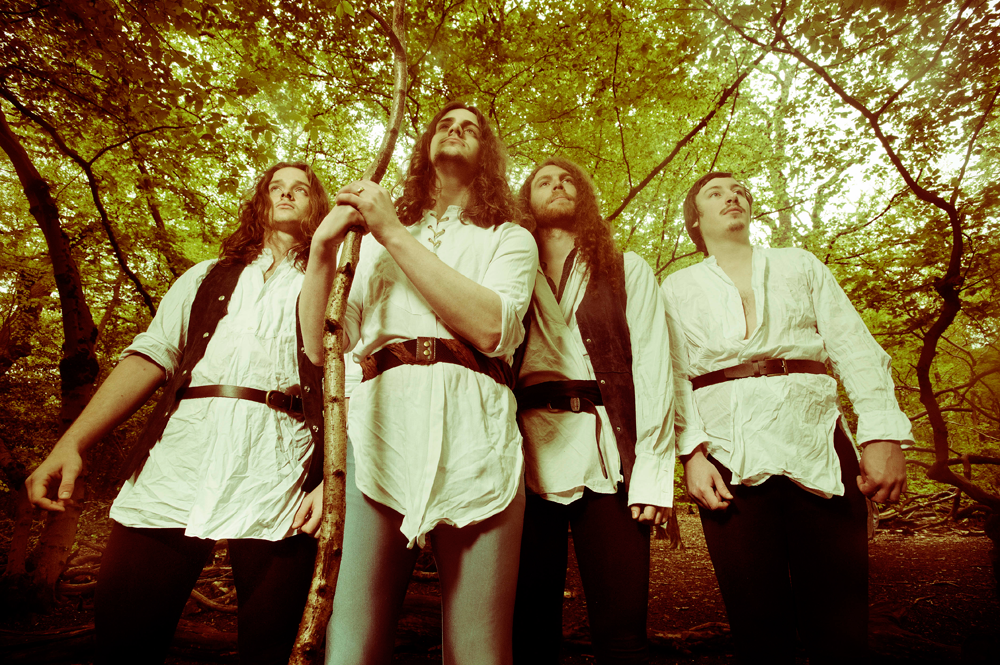 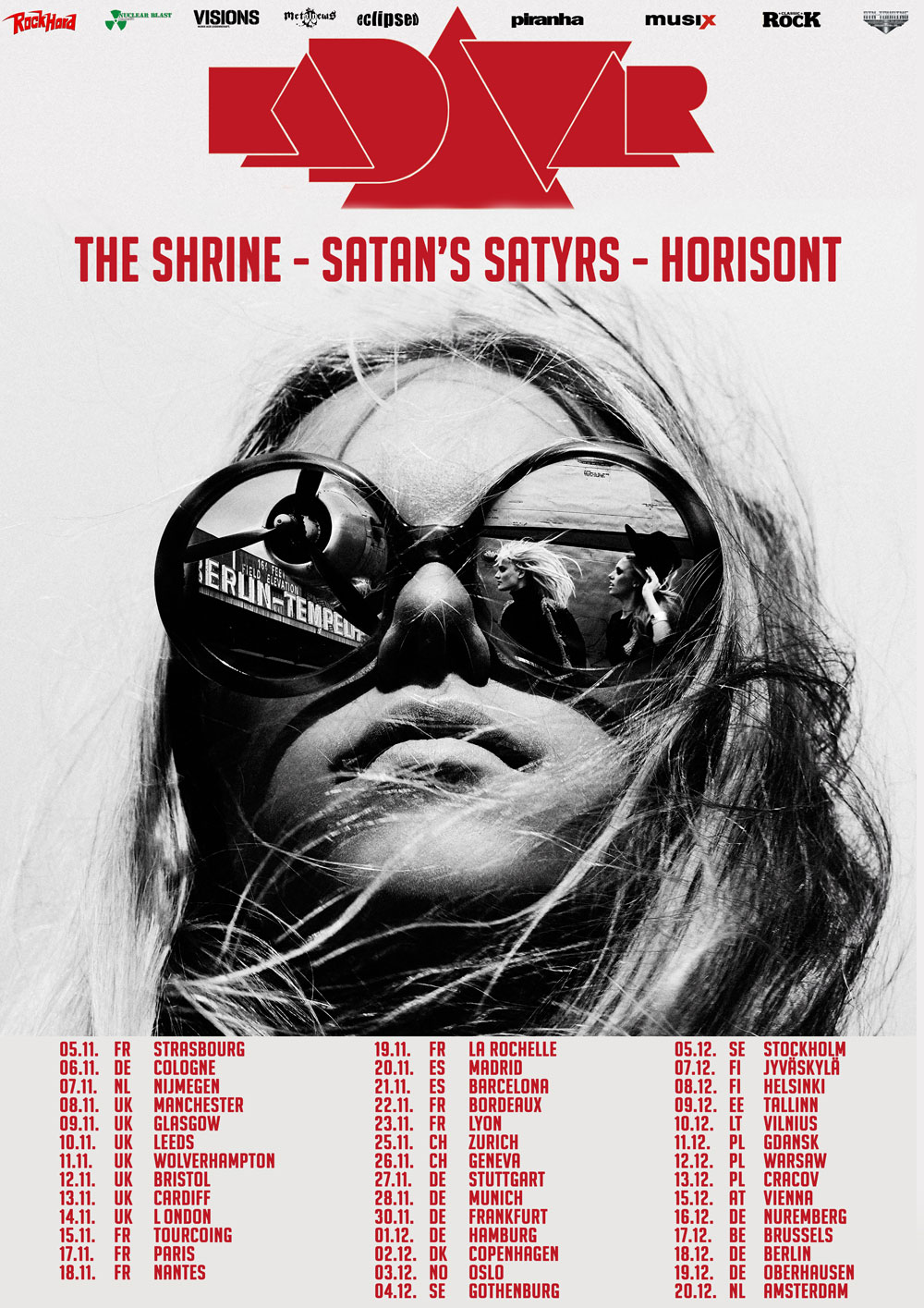 Satan’s Satyrs will hit the road next week for a mammoth tour of Europe alongside Kadavar, The Shrine & Horisont.  More info / tickets here 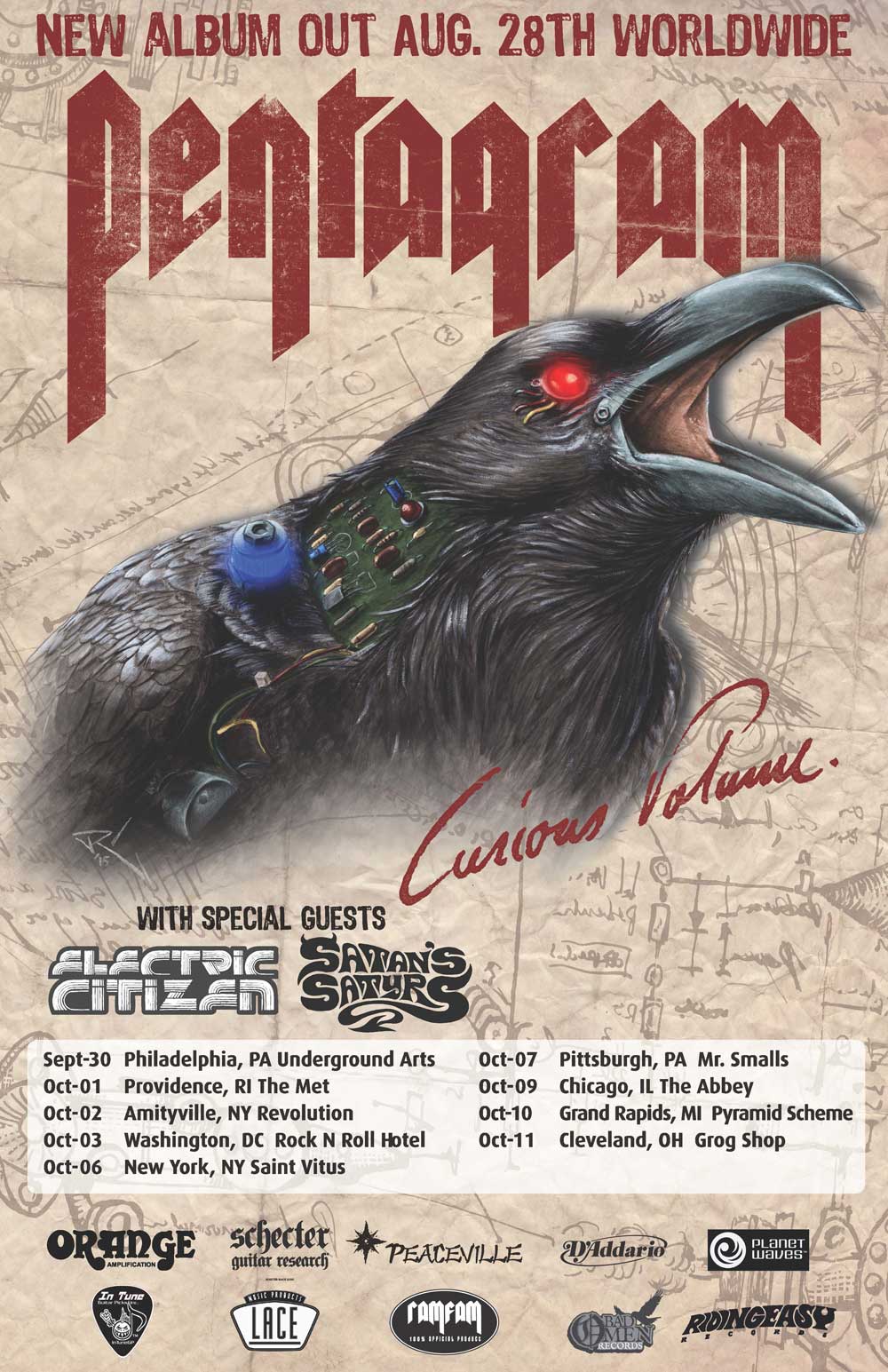 Satan’s Satyrs will perform as rotating main support with Electric Citizen on the forthcoming Pentagram tour of the East Coast.

All dates and info is HERE 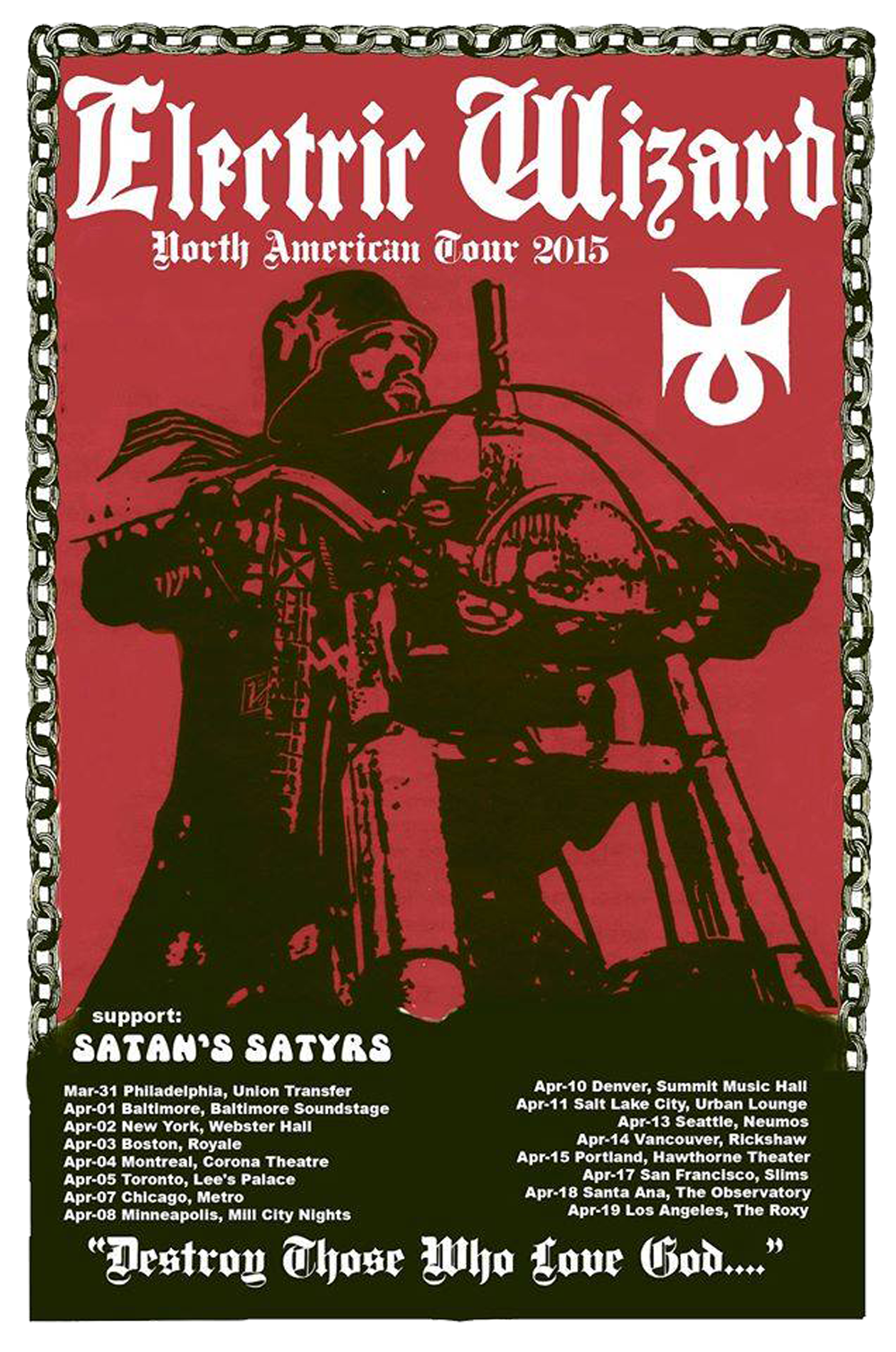 On March 31st 2015 Satan’s Satyrs will take to the road once again for a coast to coast North American tour as support to the British doom behemoth Electric Wizard. 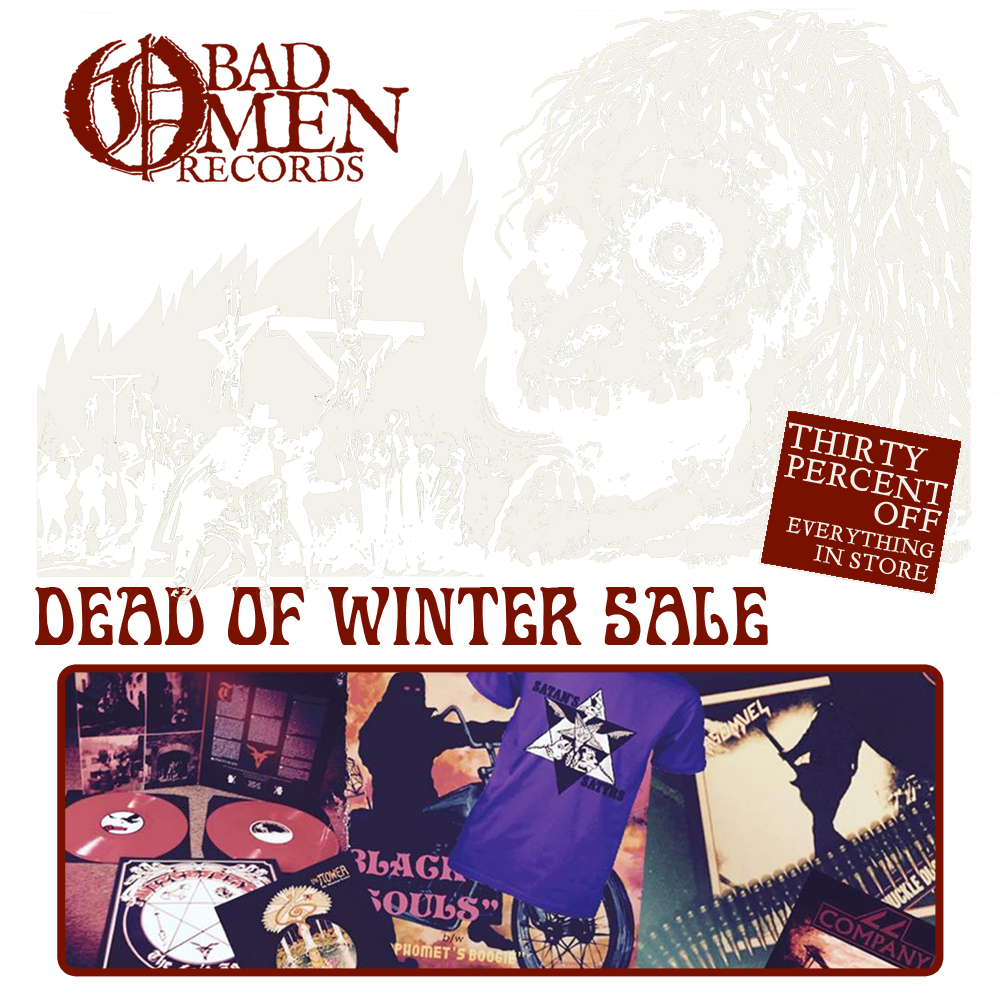 30% discount on EVERYTHING in store until Dec 31st

The Bad Omen winter sale is now on, with 30% OFF EVERYTHING IN STORE from now until midnight on 31st December 2014 (GMT).

Simply enter the code: BADOMEN30 at checkout for a 30% discount on all vinyls, CD’s & shirts (including some returned Satan’s Satyrs tour stock from their recent ‘Europe Dies Again’ run – available in limited numbers). 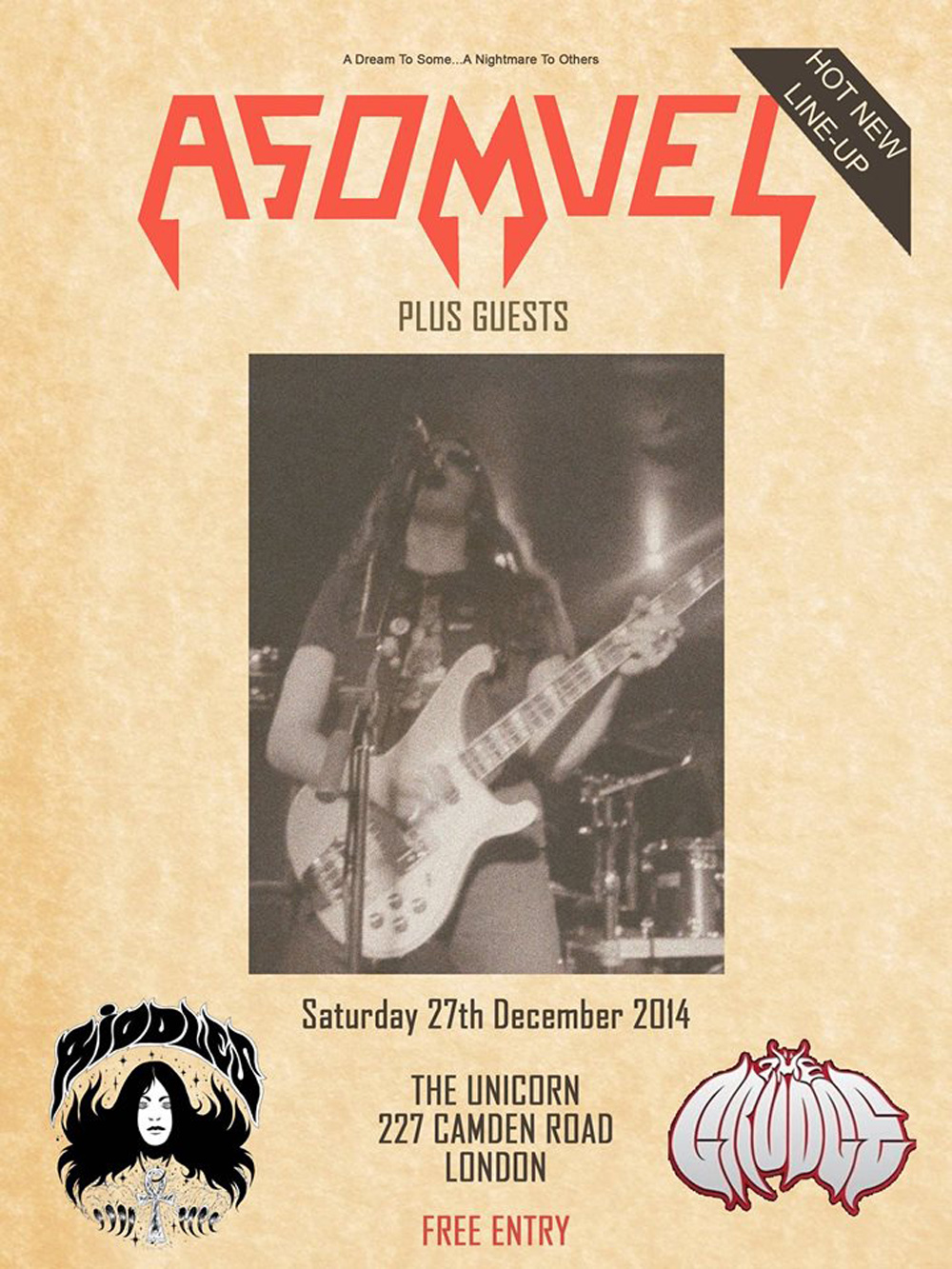 27th December see’s Asomvel return to the capitol with a new lineup and Live Evil hero’s Riddles & The Grudge in support.

Admission is free and the beer prices don’t necessitate a second mortgage. 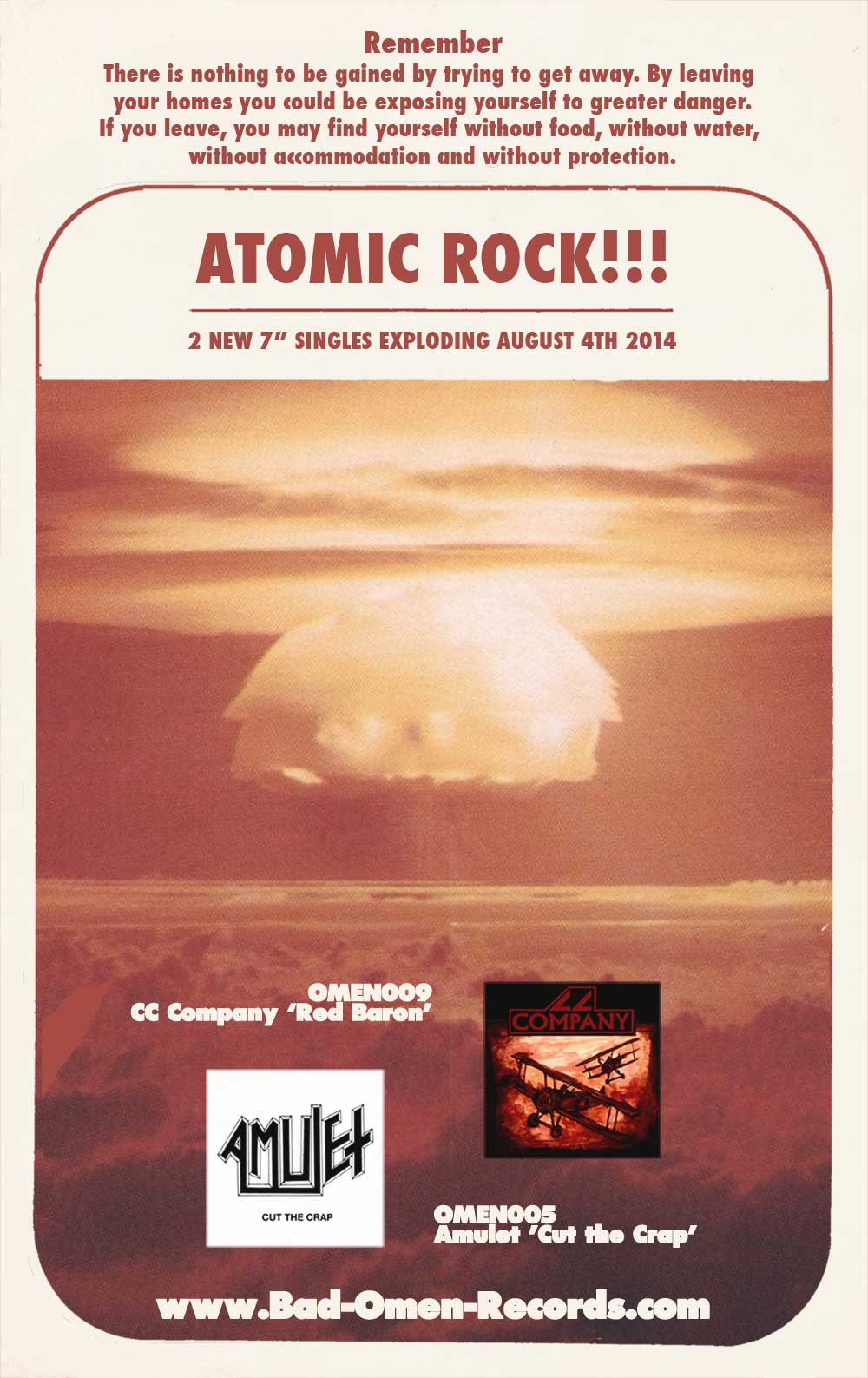 2 explosive new 7″ singles to drown out the 4 minute warning!

CC Company return with Red Baron, their second slab of rough and ready mötor-rock, while we have repressed Amulet’s long sold out Cut the Crap 7″ which was originally released on Mordgrimm Records. 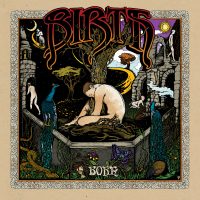 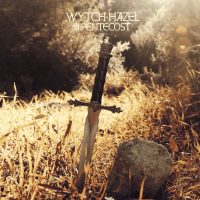 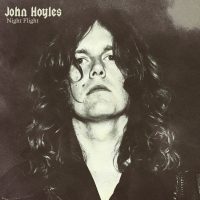 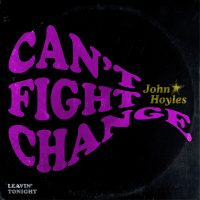 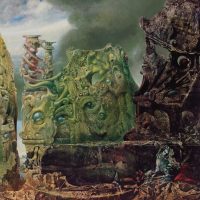 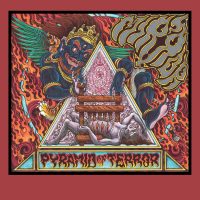 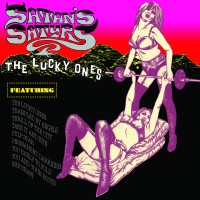 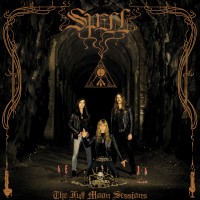 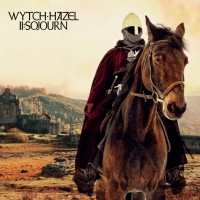 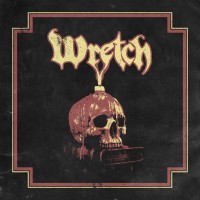