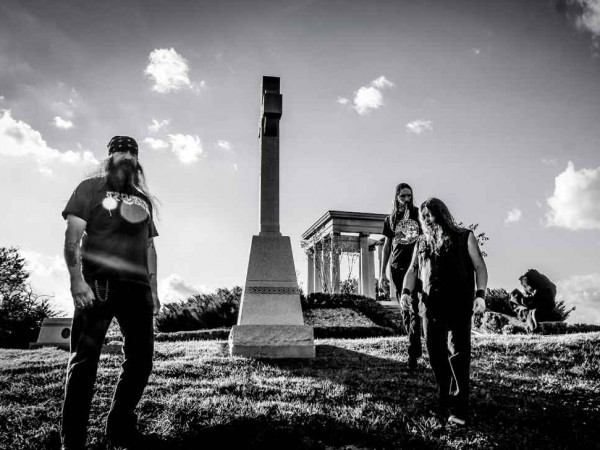 Lest we forget, doom metal stands for much more than merely a collection of Sabbathian riffs, funereal tempos and enormous amp-stacks. It’s a form of music that issues forth from the heart, the soul, and the gut. It can be an alchemical force that functions as a process of catharsis in times of need. What’s more, few know more about the power of this music than Karl Simon, formerly of the titanic and much-respected The Gates Of Slumber, and now of Wretch, whose debut carries on valiantly with the mission he began some eighteen years ago.

The making of this self-titled album marked both a renaissance and a crucial tonic for Simon himself – in the wake of the death of his close friend and The Gates Of Slumber bandmate Jason McCash, he was forced to make sense of a profound loss, and the making of this debut formed a crucial part of this process,

The new power-trio he formed with drummer Chris Gordon and bassist Bryce Clarke rose above their circumstances to issue forth a fearsome salvo of cast-iron riffage and heartfelt traditional metal heraldry, shot through with a steely conviction instilled by the experiences of recent days. “It is a new beginning, but I am what I am. I don’t set out to write a style of music.” notes Simon, “This is what happens when I pick up a guitar”

“Making this record has been the hardest thing I’ve ever done” he adds. “Jason and I met just out of school and instantly became best friends. All of my memories as an adult feature him.  All of the songs on this record are about him, about me, about our drug use and his death. I’m not close to getting over the grief. In a lot of ways I’ve lost my mind. I hope that people are touched by the record – I am often on the verge of tears while playing..It’s tough reliving those moments”

Heavy in sincerity and emotion rather than in pitch and tone, these  gritty yet grandiose songs may follow in the lineage and spirit of classic crusaders like Saint Vitus, The Obsessed and Cirith Ungol, yet the eerily thundering ‘Running Out Of Days’ and the downcast yet groove-laden ‘Icebound’  reach pinnacles of soulful intensity and emotional resonance. Meanwhile, a heroic essaying of Judas Priest’s early classic ‘Winter’ sees Simon & Co. connect with Heavy Metal’s most gnarled and vital roots. Defiant against all adversity, this debut stands proud as a fiery testimony to an indomitable spirit, one finding its way with grace and honesty through the trials and travails of the everyday.

“The days of swords and sorcery are pretty much over for me” notes Karl”.  “No more giant spiders or Iceworms, There are real horrors that occupy my mind these days.” 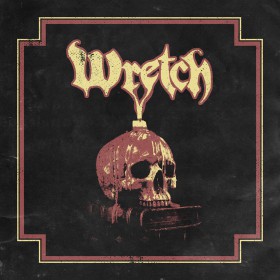